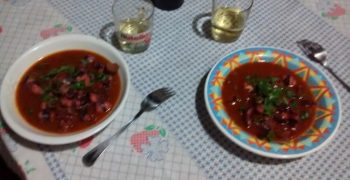 Luca glared at the octopus which lay invitingly located between the shrimps and the calamari. He began eating it in his mind.

‘I ate a whole one raw last week, on my own!’ he said as I glared at him in horror.

‘It weighed more than half a kilo!’

He got the fish sellers attention and asked about the octopus.

‘Can you wrap one up for me? I want to freeze it and bring it abroad,’ he told the man in Italian.

There was nothing to think about. I nodded immediately at the chef’s suggestion.

We were soon bound for the kitchen equipped with octopuses (not octopi for the grammar obsessed), prezzemolo (parsley), cherry tomatoes and garlic.

Luca chopped up the bizarre looking mollusk and then heated the pan. It was rather simple to cook it emerged, fry some chopped garlic in olive oil on a low heat for 3 minutes, add white wine, allow the alcohol to burn off, add cherry tomatoes, cook for a few minutes, add the octopus, add some good olives (Luca added some his father had personally marinated on his farm in Puglia.

Italians like to do things right!) add some more water or wine to keep the sauce plentiful, add some parsley, cook for ten minutes, add salt, taste, add black pepper if desired and more parsley right at the end. We ate this wonderful dish with fresh bread from the local paneficio, schiacciatella to be exact, but in other regions of Italy this will mean something completely different.

There is no reason to be afraid of eating octopus. It is easy to prepare, cook and digest. It’s appearance may put some of but its taste is superb.

In Italy octopus it is often found as part of a marinata and while great raw it can occasionally be slightly tough. In Spain however, octopus forms an essential component of any decent tapas selection and it is always cooked and not tough though perhaps a little chewy at most. I must admit it is there that I have eaten the best octopus although with Luca’s simple recipe that may change in the near future. 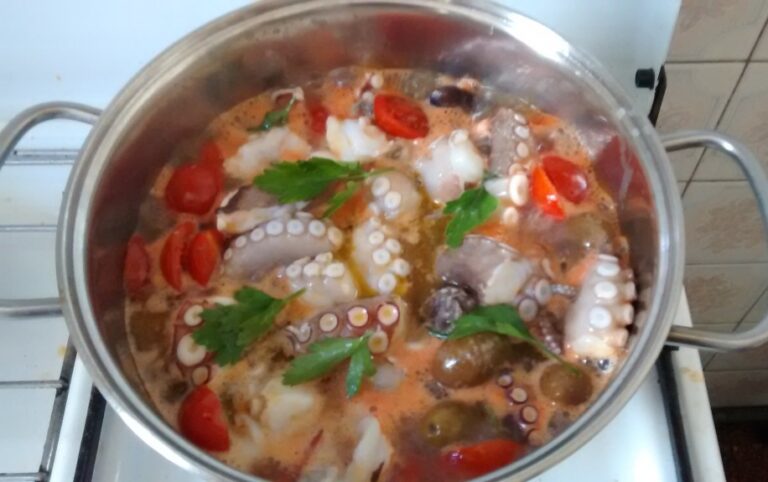 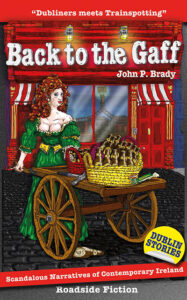